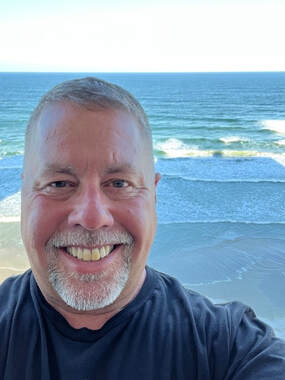 "Is the juice worth the squeeze?"

Dr. Rob Cadwallader was born in Appleton, Wisconsin and grew up in Sioux City, Iowa.  He attended the University of South Dakota studying Kinesiology with an emphasis in Exercise Science.  He started Chiropractic School at Palmer College of Chiropractic in Davenport, IA and transferred to Life University (Marietta, GA) in 1994.  He graduated in 1996 from Life University School of Chiropractic.
He moved with his young family to Knoxville, TN to practice for about a year before buying an office in Johnson City, TN.  Dr. Rob owned and served as the Clinic Director of Back To Health and Back To Health Plus for 12 years.  He grew that practice from a small chiropractic clinic with two doctors to a multi-disciplinary office with several Chiropractors, Physical Therapists, Massage Therapists, and a Medical Doctor before deciding to relocate to Wisconsin.
When Dr. Rob moved to Wisconsin in 2008, he "retired" for about 6 months before he got bored &  found a small space on Montana Avenue in Sun Prairie that would be the first home of Pro Health Chiropractic.  He stated he wanted to, "Keep it Small."  In true Dr. Rob fashion, the clinic grew out of it's tiny space in a short three years.  After four years, he opened a satellite office on the Square in Downtown Madison.  Shortly after, he realized that Pro Health needed to stay in one location.  The decision was made to move to the current Main Street location where we've expanded into more space within this location 5 times offering not only Chiropractic, but Regeneration therapies and Neurology Services.
As if Dr. Rob doesn't do enough at Pro Health - when he was working at the downtown Pro Health location, he met Dr. Steve Conway, a chiropractor and a lawyer.  They agreed that chiropractic was not moving in a direction for growth and prosperity in the state with the current association, so something must be done.  In 2012, he and a small group of chiropractors got together and decided to form a new association, the Chiropractic Society of Wisconsin.  He was one of the first founding members, was elected to be the First President of the CSW  from 2012 (it's inception) - 2014, and he currently serves on the Executive Board.  The association has grown to be one of the leading chiropractic associations in the country.
Dr. Rob loves his patients.  He doesn't chase your symptoms -  his goal is to find the root cause. He does this by combining FDA cleared chiropractic techniques, state of the art physiotherapy procedures, and providing service with attention to you.  His heart shines through in his work, and the office vibrates with intense energy when he's here.  His laughter and smile will change even the grumpiest person's day - his goal is to have you leave this office feeling better and functioning higher.
In his free time, you can find Dr. Rob outside enjoying a cigar, spending time with his dogs, his family, and he loves to travel!
Fun Facts:
He likes donuts.
When he was 5, he was sure he'd be a police officer.
If he won the lottery, he'd start a Fun Factory.