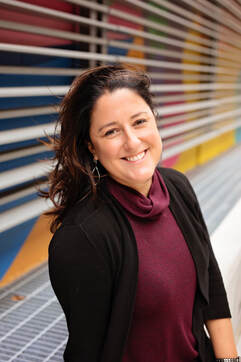 Geri Cadwallader was born and raised in Oregon, WI.  She attended Madison Area Technical College and graduated with a degree in Small Business Operations.  Geri is a Wisconsin State Certified Chiropractic Technician.  Geri joined Pro Health team in 2008 as a front desk Chiropractic Assistant.  She worked her way up and has been managing the office since 2010.  Geri adopted her daughter, Faith, in 2013 and married Dr. Rob in 2016.
Geri is passionate about Pro Health Chiropractic.  It is very important to her that patients feel welcome into a warm, non-clinic-like environment.  Customer Service is  a number one priority to her and it is very important to her that the entire team at Pro Health treats all of the patients like family.  Geri received the first Chiropractic Technician of the Year Award from the Chiropractic Society of Wisconsin in 2019.  This award highlighted her service to the Chiropractic community as a whole as well as her dedication to Pro Health Chiropractic and the Sun Prairie Community.
In 2020, Geri took her passion for well run chiropractic offices to the next level, joining Triple P Life coaching team.  She is a coach traveling around the country to help chiropractic offices implement systems and trains on world class customer service.
​In her free time, Geri enjoys spending time with her family and their dogs Enzo, Penny, and Emma.